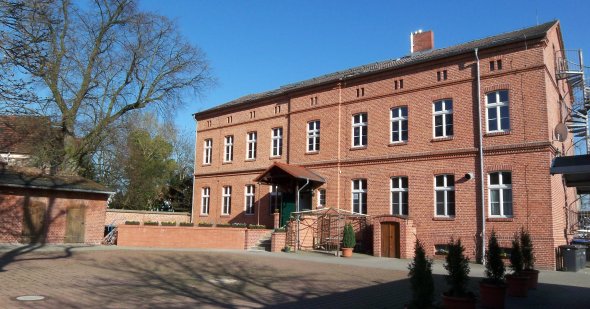 In 1879, the school board and the parish council decided to build a brick schoolhouse on the village green. The project cost 19,321 marks, a whopping sum at the time. In addition to apartments for the teacher and a sexton, the new school building contained an apartment for a second teacher and two classrooms. The number of students grew rapidly. By 1907, the school had 400 students divided into seven classes. The schoolyard was always badly overcrowded. So in 1911, the authorities decided to build a “new” school on Niederheidenstrasse (today’s Rathausstrasse). But until 1992, the old schoolhouse remained “house II” for the new school (today the Goethe Schule). In 1996, the international Ark Association took over the former school building, extensively refurbished it and opened the Arche multi-cultural center.