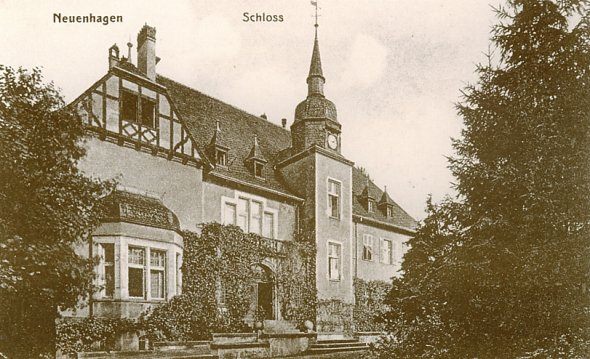 Neuenhagen was settled in about 1230 by German farming families, who called it Nyenhove (“new farm”). At about the same time, the lokator (land allocator) Boldewin founded the neighboring village of Boldewinstorp, which would later become Bollensdorf.

The origins of the two village churches – in Neuenhagen and in Bollensdorf – can be traced back to that founding era of the towns. Both villages were first mentioned in official documents in the 1375 “land registry for March Brandenburg” of Emperor Charles IV.

For a long time, Neuenhagen remained a relatively insignificant small village, with its residents eking out a meagre living from subsistence farming. In the 18th century, Neuenhagen became royal property when Prussian King Frederick I built a summer residence in neighboring Altlandsberg. Meanwhile, for more than three centuries, the Bollensdorf feudal estate belonged to the aristocratic von Görtzke family, which also built Bollensdorf manor. That same building, although it has been repeatedly altered and renovated over the years, now serves as the Bollensdorf Haus der Begegnung, a community center.

Neuenhagen underwent a distinct boom in the second half of the 19th century after the Eastern Railway line opened in 1867, carrying passengers from Berlin to Küstrin. Back then Neuenhagen was the first stop outside Berlin’s city limits, so it was a quick trip to reach the eastern edge of the town from the city. Hundreds of blue- and white-collar workers, and civil servants moved out of the city to greener pastures and settled on newly created plots. When the racecourse in neighboring Hoppegarten opened in 1868, it stimulated further growth, attracting many new residents who were connected to the equestrian milieu. So within a few decades the Gartenstadt district, Neuenhagen village, and the area around the train station became attractive residential neighborhoods, earning Neuenhagen the byname “Grunewald of the East.” And in 1927, Neuenhagen officially adopted the byname bei Berlin, “near Berlin.” 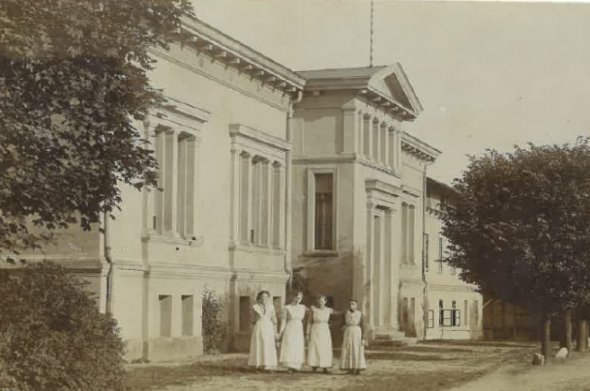 The former estate of Bollensdorf was also sub-divided at the start of the 20th century, after its last owner, Eduard Curt Kelch could no longer afford the upkeep. The indebted property was divided up and the lots sold to settlers from Berlin. In 1929, the municipal council passed a resolution incorporating Bollensdorf into Neuenhagen.

The population quickly grew from about 2300 residents in 1908 to 8400 by 1933. Schools, restaurants, and numerous shops sprang up to serve the up-and-coming “garden city.” A recession notwithstanding, in 1925/26 the municipality built the town hall in the form a water tower, an  architectural tour de force that was unique in the region. By August of 1935, Neuenhagen’s population had reached almost 10,000. Some 20 racing stables that train horses for Hoppegarten were also a part of the local culture. The training camp at Neuenhagen is considered the most modern racehorse facility in mainland Europe. An open-air swimming pool (opened in 1936) and Neuenhagen’s own movie theater, Edda Lichtspiele (inaugurated in 1937) were among the social amenities in the thriving community. The Wolter inn, located on the site of what is now the community center, was even then the cultural center of community life.

After World War II, which Neuenhagen escaped relatively unscathed, great effort was put into speedy re-building. As part of land reforms, 21 new farms were created, alongside a state-owned farm, and an agricultural machine manufacturer. New child-care facilities and schools were opened, and the former Dotti Palace was turned into a hospital.  The launch of the electrical commuter rail line at the end of the 1940s was a milestone in the further development of the town. Covering an extensive area and with a population of about 13,000, by the 1970s, Neuenhagen bei Berlin was considered the largest municipality in what was then East Germany.