Memorial at the Platz der Republik

Memorial at the Platz der Republik 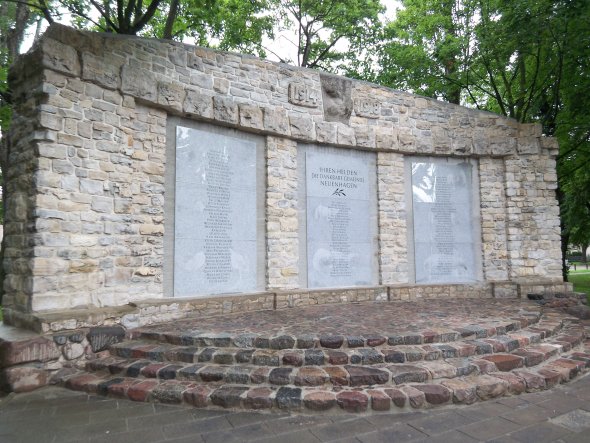 The memorial on what used to be Wilhelmplatz was erected in 1924. Between 1914 and 1918, during World War I, Neuenhagen suffered terrible damage and 108 of the town’s residents lost their lives on the battlefields. The town of Neuenhagen and its leader at the time, Max Thormann, wanted to commemorate them and their families, as well as build a reminder to posterity of the consequences of war. The names of all the fallen are inscribed on the three panels of the memorial, made of limestone from Rüdersdorf. For many years, the monument presented a rather sad face to the world. The names of the casualties had been painted over in white. It was not until 2010 that the city refurbished the memorial, which is seven meters tall and fifteen meters wide. Stones were brought from the Rüdersdorf museum park that would match the old stones. Three new granite plaques with the names of the fallen were erected and covered in acrylic sheets.